Thought I'd try something different. This isn't for the Just 'Cause posts though the idea is similar to when I ask for requests there. I miss doing B&W fanart, so I thought I'd ask for everyone's help in choosing caps.

:: You can request up to 5 different caps.
:: If I don't have exactly what you request, I'll try to find something similar.
:: If you request something specific, the more detail you can give me, the better.
:: Vague requests are also welcome (something Dean, Sam, demon, angel, weapon, action, hands, arms, sad, happy, etc).

Today's fanart is for

lidia1991_an who asked for "Angry Dean". I pulled two caps so you're getting both. ;) Future!Dean from "The End" and Specter-possessed Dean from "Southern Comfort". UNF
:: Click for full size ::

Almost everyone got that cap right. :)

What episode is this cap from? [Give me the answer as the title, not the ep number or it will be discounted.]

YOUR FREE CLUE: Today's cap is from Season 1 or 2.

You have until I post the next cap on Tuesday, November 12th to comment with your 3 guesses.

This cap is from 3x01 "The Magnificent Seven".
Click to see the full-sized cap.

Bobby and the boys after a rough night of exorcisms. Btw, I added a Cinematic effect on this cap (which I don't normally do on Just 'Cause caps) to help brighten it up a bit.
Another long day over and finished. The weather was exciting. Lots of wind and rain here in the Pacific Northwest. I hope SPN filmed inside the studio for Thursday. I know what it's like to be out filming in adverse conditions not to mention the bitter cold.
Have a good Friday folks. End of the week! *hugs*

growyourwings. Hope you get over your cold soon! *hugs*

You're supposed to mark the states/provinces thusly:

I'm pretty sure I've driven through Nebraska and Kansas, so I kept those states red. I haven't been to the upper New England states at all and I don't remember being in the Carolinas either. Overall, I believe this is a fairly accurate depiction of where I've been. Lots of traveling in my past, mostly in my childhood years and after I graduated from high school. ;) 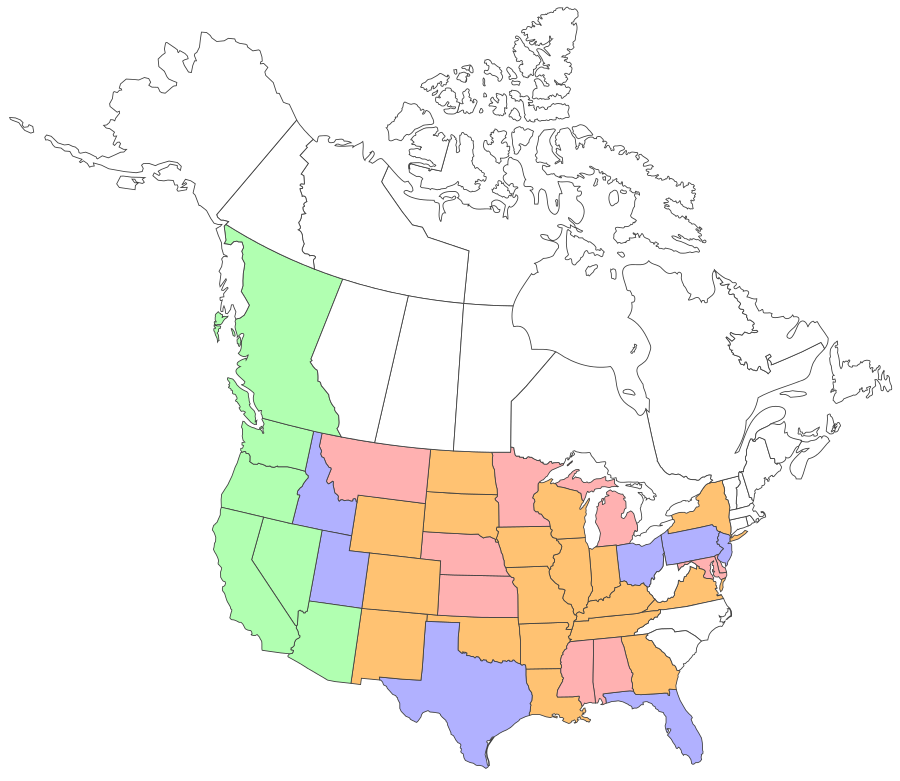