Good job everyone! Just about all of you got it correct!!!
Btw, sorry about skipping Tuesday, but I was just too tired to post after being out & about in Vancouver all afternoon (and watching SPN film). But I'm back home and back on schedule now. ;) 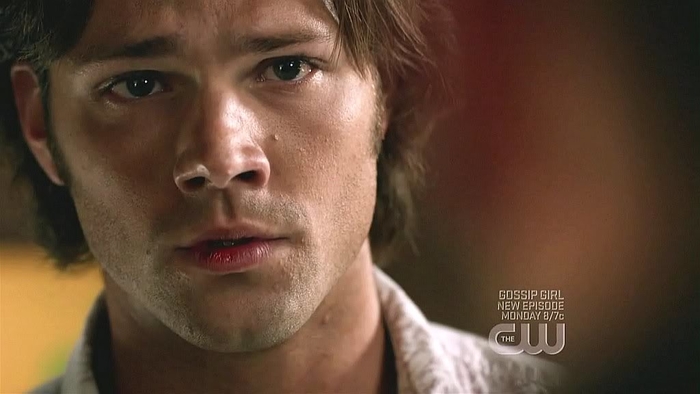 You have until I post the next cap on Tuesday, August 22nd to comment
with your 3 guesses.

I was fortunate to catch the SPN production out on location on Tuesday and got photos and videos of some scenes filmed outside.

Now I realize that pics and a few little videos are already out there on Twitter, and Jensen himself posted a video of himself and us fans. But I've also read comments from people on Twitter that fans should not post such photos and videos before an episode airs and that the crew would much rather like it if we all waited.

However, I've already heard from a few of you that say that this stuff isn't that spoilery and that I should post it. I sort of agree, except for the guest stars who were on set that day. Yeah, the news about them being back on the show has been all over online, but does that really mean it isn't spoilery anymore?

So this is my quandary. I mean one person's idea of something spoilery is sometimes different from another's. For example, I don't think episode titles are spoilery at all, but other fans disagree and avoid them.

I have thought of only posting some closely cropped photos of Jensen for now and then post everything from the day later, after the episode airs.

What do you all think?

Open to: All, detailed results viewable to: All. Participants: 22

This cap is from 12x14 "The Raid
Click to see the full-sized cap.