Mom and I have been powering our way through the seasons of SPN, many of which she's never seen. We're in Season 9 right now and tonight we watched..."Bloodlines". Ugh. Yep, the failed back-door pilot.

My opinion of the episode hasn't changed and I barely watched it this time except the few times the boys were on the screen. They had so little to do, it was like they weren't even there. But it made me also think of our new back-door pilot, "Wayward Sisters". That one was so much better, even though the boys had limited screen time in it as well.

But what I realized in both is that the boys acting was kinda lackluster in both.
Now I love and appreciate the acting talents of Jensen & Jared and how they've only gotten better over the years. But I've come to the conclusion that they have trouble in episodes with so few scenes to act in. Maybe it's because they have so little to work with or time with the other actors? I don't know what it is, just that it is noticeable - to me anyway.

One thing I noticed in "Wayward Sisters" when I was capping it?
Jared kept making this disgusted face. Now it made sense when Sam was watching Dean eat the lizard, but he makes that face 2 more times before the end of the episode! And I've never seen Jared make that face...before or since! It just felt like a weird thing to do. But again, working with my theory...few pages of script for them, limited screen time. Maybe it's just hard to really get into the scenes?

Now I'm not saying their acting is bad in these episodes, just that it's not their usual passionate acting. I re-read my "Bloodlines" review and even then I felt the scenes with Jensen & Jared felt off. I kind of felt the same way with "Wayward Sisters". Though what helped with WS is that they at least had some scenes with characters and actors they know and were already established. That wasn't the case with "Bloodlines".

Anyway, just my 2 cents worth.
Again...love the guys and their acting. There's just something missing when they have so little screen time on the show IMO.

Btw, I was just thinking...can we hope that somehow the BMOL wiped out those 5 monster families in Chicago that "Bloodlines" was all about? That would be the only good thing they did. Heh. 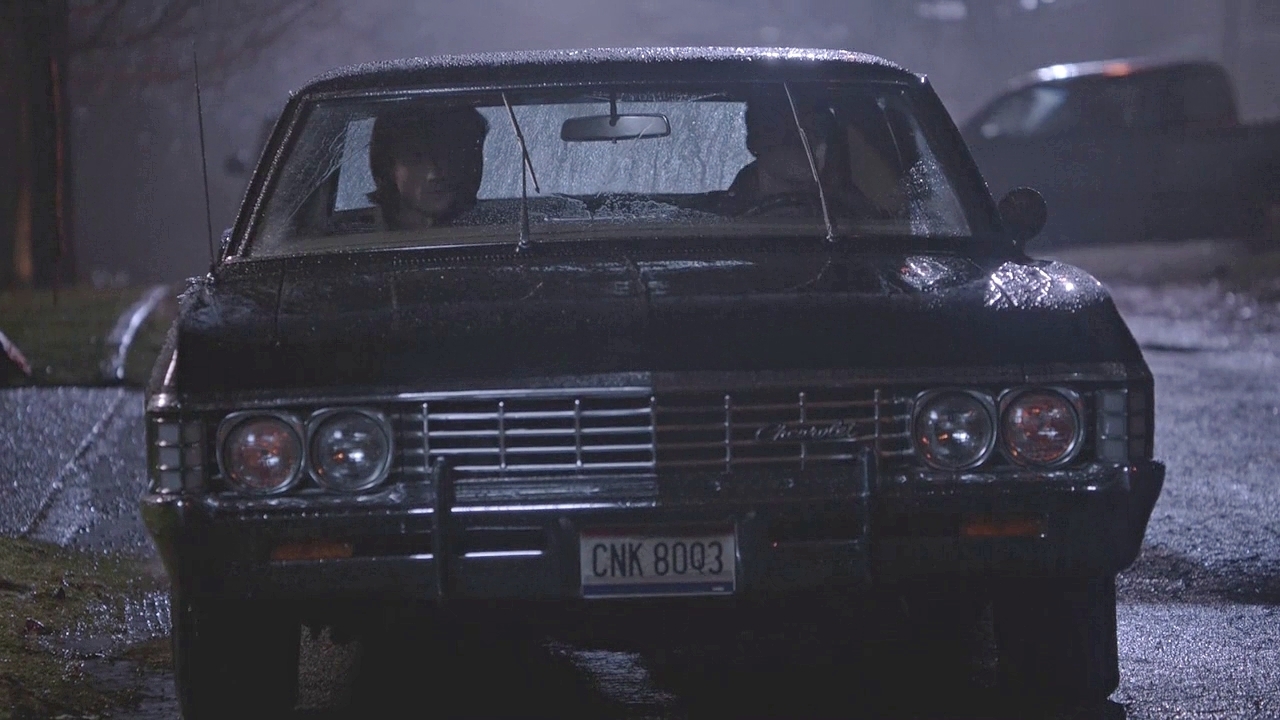 This cap is from 9x20 "Bloodlines"
Click to see the full-sized cap.

Baby at night...you'd never know it was a fan's car instead of the usual production one would you? ;)

Have a nice Sunday, all. *hugs*