I've been waiting to hear what the extent of the damage was since Monday when the fire occurred. Those firefighters did an amazing job! It looked so awful on Monday, but seeing the images from the inside...it could have turned out so much worse. As someone who isn't religious, but just appreciates art, architecture, and history, I'm so happy the damage isn't so bad and that they will be able to rebuild.

They mention there is only a 5-10% loss of the artwork & artifacts within the cathedral, so that's a relief. And they don't talk about it much in this video, but I watched another one where they talked about the massive organ. So far, it looks like it was spared from much of the damage. Apparently it was protected by a massive stone ledge above it, so the water didn't reach it and the fire itself didn't get to it either. 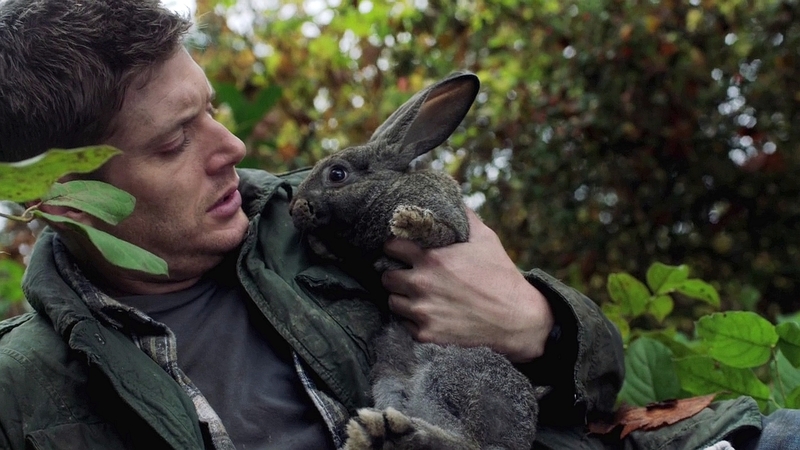 This cap is from 12x11 "Regarding Dean".
Click to see the full-sized caps.

Alright, this is a repeat, but c'mon...it's Easter. What other cap would be appropriate except this adorable moment with Dean and teh bunny! :)

Have a nice Sunday, all and Happy Easter to those who observe it. *hugs*
Collapse