Ok, these credit caps for Jared & Jensen weren't easy to get, but you CAN see them, so they totally count! 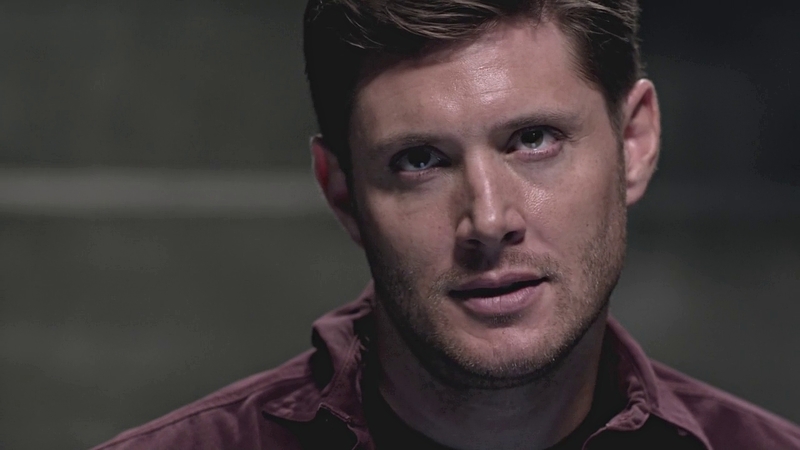 This cap is from 10x03 "Soul Survivor"
Click to see the full-sized cap.

Today's cap was requested by

lidia1991_an, who asked for a cap of demon Dean. Who am I to refuse? ;) It was tough deciding which one to choose though...one with his eyes black or not? But I found I liked this slight head tilt as he's tied to the chair when Sam was giving him the demon cure.