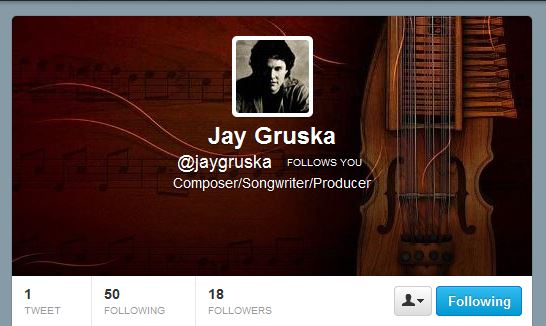 Jay Gruska, the music composer for SPN started following me on Twitter. :D

I've never had anyone from the show follow me before. How cool!
Sure, he doesn't tweet much, but that can change. No idea why he's following me, but....Eeeeee!!!!!

OMG Just realized the first tweet of his is the quote I used for one of my ICADs!!!!

After silence, that which comes nearest to expressing the inexpressible is music. -Aldous Huxley

That is all. *bounces*